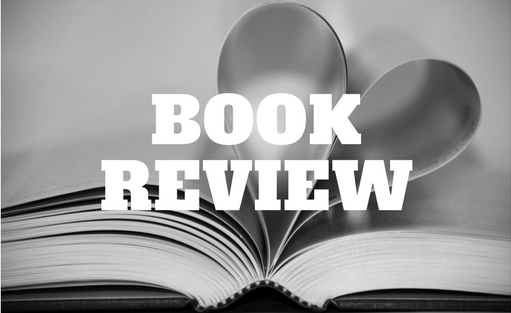 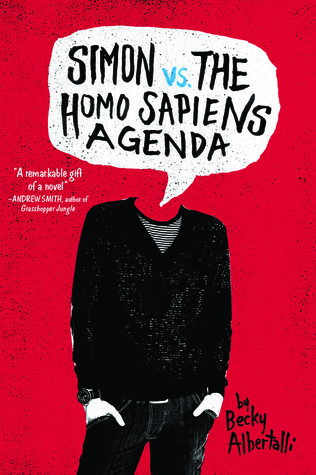 Synopsis
Sixteen-year-old and not-so-openly gay Simon Spier prefers to save his drama for the school musical. But when an email falls into the wrong hands, his secret is at risk of being thrust into the spotlight. Now Simon is actually being blackmailed: if he doesn’t play wingman for class clown Martin, his sexual identity will become everyone’s business. Worse, the privacy of Blue, the pen name of the boy he’s been emailing, will be compromised. With some messy dynamics emerging in his once tight-knit group of friends, and his email correspondence with Blue growing more flirtatious every day, Simon’s junior year has suddenly gotten all kinds of complicated. Now, change-averse Simon has to find a way to step out of his comfort zone before he’s pushed out—without alienating his friends, compromising himself, or fumbling a shot at happiness with the most confusing, adorable guy he’s never met.
MY THOUGHTS
I picked this book up because the movie is coming out and I’ve heard is adorable and it certainly did not disappoint. I was in a bit of a slump, but found it so cute that I didn’t want to stop. It was also such a fast read. Becky’s writing is so easy to get through that you could probably finish in a day. It was so cute and I loved the dialogue and I definitely recommend, especially because the trailer looks AWESOME.
*SPOILERS AHEAD*
Let’s talk side characters: I don’t really LOVE them. I enjoyed most of them but I don’t love them as much as Simon. I liked Abby and Leah. I thought they were such loyal characters. Nick didn’t really do much for me but I still liked him. They are really well written characters, mostly because of all their flaws.
Okay, I honestly really don’t like Martin. Even toward the end, I still considered him an ass. He didn’t do anything right and I find his attitude wrong. He didn’t have the right to blackmail Simon and don’t even get me started with the tumblr post.
I loved Simon so much. I loved ALL the emails. The HP references gave me LIFE. Simon was just so loveable and I also want to hug him. Simon was just such a loveable character and I’m so excited for The Upside of Unrequited & Leah On The Offbeat because he appears in them (or just cameo?). The reveal was great but I accidentally spoiled myself. I did pick up on a lot of stuff about who Blue was which was kinda fun
I ADORED this book and I highly recommend. I love Becky’s writing and it was just so good. I definitely recommend and will for sure be talking about the movie when it comes out.
xo 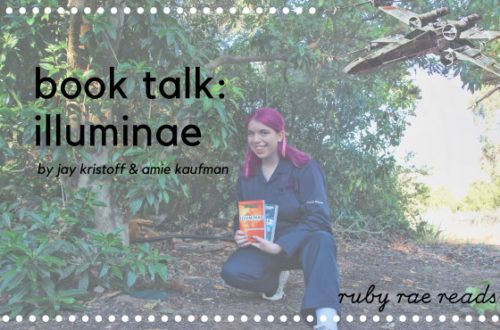 I BINGED THE ILLUMINAE FILES SERIES // illuminae (book one): this book destroyed me… send help! 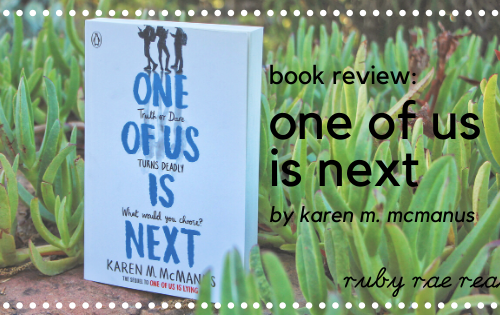 ONE OF US US NEXT BY KAREN M. MCMANUS // spoiler-free book review: a mystery i actually loved ft. deadly games and great characters

Hi hello, I'm Ruby, a South African book blogger, bookstagrammer and booktuber. I'm a lover of stories and an aspiring writer studying English at university. Also, your resident chaotic mood reader. Glad to have you here, peruse away xo

⛈ what series do you still need to finish? - Hel

🌾are you into greek mythology? Who are your fav

🛸what genres would you like to get more into? -

👑 what are your favourite books, movies & shows

🍃what are your thoughts on horrors/thrillers? -

🖤what are some fantasies on your tbr? - Hello t

🎶 who are your favourite music artists? - Hi he

💖 do you have any books on your tbr you’ve be

🥰what places would you like to travel to? Ficti

💫gimme some of your 5-star predictions? - Hello

🌿what series do you have on your tbr? - Hello t

🌸 what is your favourite classic? - Hello there