Hi yes, this is a random post but I felt like doing it so here we are.

And I just broke my upload schedule because I legit just said you’d have to wait two weeks. I just came up with this post and wanted to post it so I guess here you go??

I truly don’t know what this is but I’ve seen some other friends do it and I just had some things I wanted to talk about that aren’t bookish related, well maybe a little, but ANYWAY.

Do these songs sound familiar to you? Because yes it is indeed the music from Gilmore Girls (which we will get into later as well). So I’ve specifically been loving the A Boot and A Shoe album but I also love a few of her other songs. I’m just in the BIGGEST early 2000s deep vocals, and guitar mood?? And she’s hit the notch with this album. But it’s only 36 minutes and I take personal offence to this because IT IS NOT ENOUGH EXCUSE ME?!

All her songs are so short and I just,,, don’t understand. So what do I do, you ask? How do I LIVE with this? I listen to them like 50 times over. I can’t get enough. My favourites from the album are hands down both Love Changes Everything and If I Could Write with Reflecting Light and Hole In My Pocket as close contenders. If you’re not into it at first, just keep going until track 5 and you’ll understand why it’s so good. The other song that I really love from her that is not on this album is That’s Where The Colors Don’t Go 🙂

Call Me By Your Name Soundtrack

The entirety of CMBYN is perfection. Including its soundtrack because YES! But THIS soundtrack just screams RUBY. Like 80s AND classical music?? Is that not me in a nutshell? Okay, I’m not a grandma I swear. But also Sufjan Stevens!! Again YES!! Currently, I’m really into the classical tracks because I listen to them while I study. But I also really love Love My Way by the Psychedelic Furs which is the epitome of the New Romantic synth genre and also Words by F.R. David is a J-A-M! I particularly love M.A.Y. In The Backyard and also the Bach song (is it considered a song? idk classical music terminology whoops).

Why I love the classical ones particularly is actually NOT because Timothée Chalamet looks gorgeous playing the piano… wait a second. No, I’m kidding I actually used to play the piano and watching Elio play made me remember how much I missed it. I’ve since started taking casual lessons again and I’m constantly downloading more sheet music to try and decode the notes. Which is a long and tedious process but I’m DETERMINED. I love listening to the craft behind the music and I’m always in awe of classical pieces and their absolute BEAUTY. Yes, I am a disaster but this soundtrack brings me happiness okay. 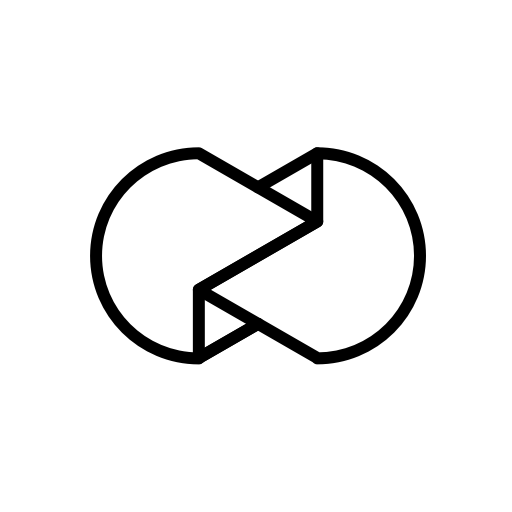 You’ve probably heard of this app. It’s super popular and everybody uses it. But I wanted to talk about it anyway because I love using it for stories.

Now I have bought some of the presets so I have a wider selection of the templates. But they’re not expensive at all. I also know there’s this new membership thing now but I’m not subscribed. My favourite of the presets are RP1, CS3 and RED ones. Those are the ones I use most often. But I also have the FF1 preset and the Valentines one which I also like to use. It’s just a great app and makes my minimal photography efforts look a tad more artsy and aesthetic because I’m lazy haha.

I’ve actually been an avid watcher of booktube since like before I started blogging. It’s how I discovered the whole online book community.  But very recently I’ve found some really great people and I wait for their videos like every week. I’ve been loving Books With Chloe, Throne of Pages, Leo Reads, A Frolic Through Fiction (who also has a cool blog), Basically Britt, A Clockwork Reader, Hailey in Bookland, Katesbookdate and Emmmabooks. Yes I know that’s a lot. But it’s just become my routine and something I do to pass time. It’s the best!!

I just scoured the internet to find the name of these shoes GO ME. Anyways, I’ve had these shoes for a while, I bought them from Woolworths ages ago and they never fit me properly. Until recently and I now want to wear them all the time. The top part (??) is made of a super soft material, unlike the usual kind which is why I like them so much. I actually need to now get new ones because they’re quite old and I’ve been wearing them so much they’re becoming worn out. But these shoes are just the best and so comfy once you wear them in. OH MY GOSH. It’s turning summer now so I can’t wear them as much but they’re just the best and I highly recommend!

Since my pair is so old they don’t stock it but I’m going to link a similar one, click here.

This has also become my go-to at the moment, especially the twisted ones. I used to HATE wearing my hair down because it used to be quite long and it’d irritate me. But since I’ve cut it I don’t like having it up as much anymore. Ironic I know. I also have very thick and wavy hair so it at least needs to be out of my face. And so I discovered these. They’re also from Woolworths. My favourite is this pink, super soft and stretchy one and on the website, it’s apparently called a mesh headband? Either way, it’s great and I also highly recommend.

Here I’ll link the one I’m talking about – click here!

This show if you didn’t know, is one of my absolute faves. And I don’t watch a ton of tv at all. The watching is almost non-existent. I spend all my time with movies. So when I do watch shows, it’s usually just my top five over and over and over again whoops. Which is what I’m currently doing with Gilmore Girls. But I’m not doing it like from start to finish, I actually have been jumping all over the place. I watched some of the first and second seasons, and then I liked skipped to the end of season 3 and I’m now on season 4 and 5. Which is where I think I’m going to stay because they’re my favourites.

Anyways, I just have been loving watching this show again. I’ve rewatched it in the past but I’m just watching an episode or two every few days and it’s super calming. I absolutely adore Lorelai and the humour and the setting. Just such a good show I love it so much!!

Now I don’t know what it is about this movie but I just… have not been able to stop thinking about it ever since I watched it like a few weeks ago? It’s a 90s rom-com that like, to be honest, I was not enjoying until the end of the film. And it’s not a favourite of all time so I really don’t know why I just have been non-stop thinking about it? Somebody, please help me answer this question. It may be due to the fact that I literally just recently read an e-ARC which is a new favourite of the year and it was a modern take/retelling called Tweet Cute. My fangirling has not commenced on here yet but it is COMING, mark my words.

I’m just a sucker for movies set in this time period. It’d take too long to explain so I’m not going to do that. I really love Meg Ryan and there are books in this film. I’m just weird I know. Send help.

Again, I do not know what it is about these movies. Like I wasn’t super into this film at first but by the end of the film, I just felt empty? I’m also super late to discovering this movie. I randomly saw somebody talk about it and was like how did I not know this movie existed? And apparently, it’s quite popular. I must be living under a rock??

Anyways, yes I watched this. I’ve been working my way through all the popular gay stuff recently, no idea why. I’m just a softie. This film had a strange premise from the start. But I loved it? I was lowkey crying and watching all the cast interviews straight after. Which I don’t do too often. This film was just really really good. It’s super sad and I just,,, WOW I truly don’t know what else to say. Call me a mess if you want because that description would be accurate.

Okay, I guess that’s the end of that post…? I still don’t know what it was. You probably don’t either but I hope you at least liked it?

If you do, I might try to do it a bit more regularly, like every few months or so. Just a lil chat about random miscellaneous topics 🙂

WHAT ARE SOME OF YOUR FAVOURITE THINGS RECENTLY? WHAT SONGS OR ARTISTS ARE CURRENTLY ON YOUR PLAYLIST? I’D LOVE TO KNOW!

OMG THIS SONG! BOOK TAG // aka combining two of my favourite things